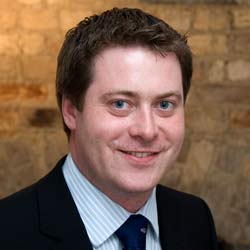 Stefan was a founding partner of Maurice Johnson and Partners in 2009. He qualified as an engineer in 2005 from Trinity College Dublin and subsequently went on to attain a post graduate diploma in Fire Safety Practice in 2006. Following 2 years experience in a leading Fire Safety Engineering consultancy, Stefan set up Alpha Fire Safety Consultants in January 2008 where he was joined in late 2008 by Mr. Luke Fegan.

He has gained a significant amount of experience over the past seven years in a wide field of projects including inter alia large mixed use developments, apartment complexes, shopping centres, sports facilities, airports, hospitals, nursing homes, pubs and nightclubs.

He is currently lead Fire Engineer on the implementation project for Google EMEA headquarters on Barrow Street where Google have recently purchased 3 large office blocks and embarked on a major remodelling/integration project which has been ongoing since 2010.

Stefan is also the Director in charge of overseeing the growth of the practice in the Munster area where MJP have a regional office based in Douglas, Cork. He has been involved extensively with the HSE on the review and upgrading of over 33 nursing homes and community homes in the Cork/Kerry area since 2010. He has also been involved recently with the Bon Secours Cork on a number of projects and also with the National Maritime College of Ireland in Ringaskiddy.

In his downtime, Stefan is keen sailor and has participated at the highest levels both nationally and internationally being a previous Round Ireland Yacht race winner, All Ireland Sailing Champion, and Student Yachting World Champion. As an active member of the Royal Cork Yacht Club, Stefan provides advice to the Club with regard to the event management of the biennial Cork Week sailing regatta.