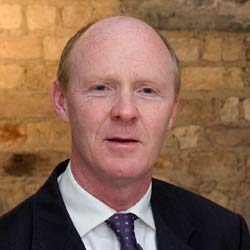 Maurice Johnson founded the practice of Maurice Johnson & Partners in 2009. He qualified as an engineer with first class honours in University College Dublin in 1979.

Maurice started his career in structural engineering consultancy where he achieved the distinction of a Chartered Member of the Institution of Structural Engineers in 1984. He moved into fire safety engineering in 1985 and has been practicing in that discipline since. He is recognised as a leading national figure in fire safety engineering and has established an impeccable reputation for the development of both practical and innovative fire engineering solutions. He has completed a vast range of projects including complex commercial projects, several major hospitals, assembly buildings, residential, educational and industrial projects such as Dundrum Towncentre, The National Paediatric Hospital, Google European HQ Barrow Street, DCU Helix, Olympia Theatre, State Street Bank, DIT Aungier Street, EMC2, and Riverpoint Tower.

Maurice is very active in his profession and has lectured extensively in fire safety engineering including the structural Eurocodes, recent developments in fire engineering, including BS9999, and fire safety in historic buildings. He is an Advisor to An Bord Pleanala on appeals in relation to Part B (Fire) of the Building Regulations and has appeared as an Expert Advisor/Witness on several legal/conciliation proceedings. He has also acted as Event Safety Officer at a number of the largest national events/concerts.

In recent times he has been involved in several major property transactions where he has provided services in relation to Due Diligence and Fire Safety and Access & Use Compliance on a variety of commercial assets.

Maurice has also been recently co-opted onto the National Eurocodes Advisory Committee (NEAC) to provide expertise in relation to the fire engineering aspects of the Eurocodes and has assisted HSE Estates in developing a consistent national approach to the fire safety assessment of their premises.